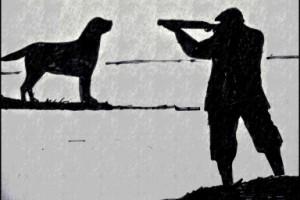 This is a horror story written by Satyajit Ray about the terrors of indigo farming in East India. The original story “Neel-Atanka” by Satyajit Ray was first published in Sharodiya Sandesh in BE 1375 (1968), and later collected in Galpo 101, both published by the Ananda Publishers, Kolkata, India.

My name is Aniruddha Bose. I am twenty-nine years old, still unmarried. For the last eight years, I have been working at a merchant firm in Kolkata. I do pretty well with the salary I get. I live in a rented apartment in Sardar Sankar Road— two rooms on the second floor, south side open. Two years ago I bought an Ambassador car, which I drive myself. Apart from office work, I have a penchant for creative writing. Three of my short stories have been published in Bengali monthly magazines and have even received some praise from friends and acquaintances. But I know that I lack the capability of earning a livelihood just by writing. In the last few months, I have failed to produce any creative work, but I did read a lot of books during this time, all of them dealing with indigo farming in Bengal. I can now be called an authority on the subject. I know when the British came and started farming indigo in our country, how they tortured the villagers here, how the ‘Indigo Revolt’ materialized, and then how Germany first artificially produced indigo and how that led to the closing of the indigo industry in our country—I have all that at my fingertips. The surreal experience that triggered my interest in indigo cultivation is what I have sat down to write today.

Read the full story on Parabas.com

Greetings! I'm Khushboo. I'm 18 years old, pursuing my education in Pune, India. I love literature, dance, art, sports and most importantly learning. Which is the sole motive or aim that makes me work with the amazing team of The Kahani Project as one of the editors. Being born and brought up in India I have learnt a little about this country and definitely grew up with an idea to do something for it. I find The Kahani Project a large platform to do a little for my country by spreading stories to it's growing generation.