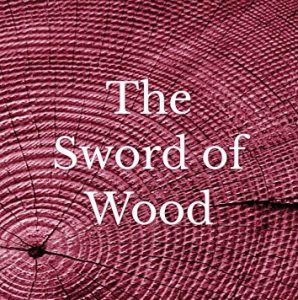 There was once a king who loved nothing better than to go out alone in the clothes of a commoner. He wanted to meet the ordinary people of his kingdom–to learn their way of life, and especially their way of thinking about the world. One night, this king found himself walking in the poorest, narrowest street of the city. This was the street of the Jews. He heard a song in the distance. The king thought, “A song sung in this place of poverty must be a lament!” But as he got closer, he could hear the true character of the song: it was a song of pride! “Bai-yum-dum, bai-yum-bai, yum-bai, bai….”

The king was drawn to the source of the song: the smallest, humblest shack on that street. He knocked on the door. “Is a stranger welcome here?”

The voice from within said, “A stranger is G-d’s gift. Come in!”

In the dim light inside, the king saw a man sitting on the only piece of furniture, a wooden box. When the king came in, the man stood up and sat on the floor, offering the king the crate for a seat.

“You have a shop where you make shoes?”

“Oh, no, I could not afford a shop. I take my box of tools–you are sitting on it–to the side of the road. There I repair shoes for people as they need them.”

“You cobble shoes by the side of the road? Can you make enough money that way?”

The cobbler spoke with both humility and pride. “Every day, I make just enough money to buy food for that day.”

“Just enough for one day? Aren’t you afraid that one day you won’t make enough, and then you’ll go hungry?”

The next day, the king determined to put this man’s philosophy to the test. He issued a proclamation that anyone wishing to cobble shoes by the side of the road must purchase a license for fifty pieces of gold.

That night, the king returned to the street of the Jews. Again he heard a song in the distance, and thought, “This time, the cobbler will be singing a different tune.” But when the king neared the house he heard the cobbler sing the same song. Worse, it was even longer, with a new phrase that soared joyfully: “Ah, ha-ah-ah, ah-hah, ah-hah, ah-yai.”

The king knocked on the door. “Oh, my friend, I heard about that wicked king and his proclamation. I was so worried about you. Were you able to eat today?”

“Oh, I was angry when I heard I could not make my living in the way I always have. But I knew: I am entitled to make a living and I will find a way. As I stood there saying those very words to myself, a group of people passed me by. When I asked them where they were going, they told me: into the forest to gather fire wood. Every day, they bring back wood to sell as kindling. When I asked if I could join them, they said, ‘There is a whole forest out there. Come along!’

“And so I gathered fire wood. At the end of the day, I was able to sell it for just enough money to buy food for today.”

The king sputtered. “Just enough for one day? What about tomorrow? What about next week?”

The next day, the king again returned to his throne, and issued a new proclamation: anyone caught gathering firewood in the royal forest would be inducted into the royal guard. For good measure, he issued another: no new members of the royal guard would be paid for forty days.

That night, the king returned to the street of the Jews. Amazed, he heard the same song! But now, it had a third part that was militant and determined: “Dee, dee, dee, dee-dee, dee-dee, dah….”

The king knocked on the door. “Cobbler, what happened to you today?”

“They made me stand at attention all day in the royal guard! They issued me a sword and a scabbard. But then they told me I wouldn’t be paid for forty days!”

“Oh, my friend, I bet you wish now that you had saved some money.”

“Well, let me tell you what I did. At the end of the day, I looked at that metal sword blade. I thought to myself, that must be valuable! So I removed the blade from the handle, and fashioned another blade of wood. When the sword is in the scabbard, no one can tell the difference. I took the metal blade to a pawnbroker, and I pawned it for just enough money to buy food for one day.”

The king was stunned. “What if there’s a sword inspection tomorrow?”

The next day, the cobbler was pulled out of line in the king’s guard. He was presented with a prisoner in chains.

“Cobbler, this man has committed a horrible crime. You are to take him to the square. Using your sword, you are to behead him.”

“Behead him? I’m an observant Jew. I couldn’t take another human life.”

The cobbler led this poor, trembling man into the square, where a crowd had gathered to watch the execution. The cobbler put the prisoner’s head on the chopping block. He stood tall, his hand on the handle of his sword. Facing the crowd, he spoke.

“Let G-d be my witness: I am no murderer! If this man is guilty as charged, let my sword be as always. But if he is innocent, let my sword turn to wood!”

He pulled his sword. The people gasped when they saw the wooden blade. They bowed down at the great miracle that had happened there.

The king, who had been watching all of this, came over to the cobbler. He took him by both his hands, and looked him deep in the eyes. “I am the king. And I am your friend who has visited you these last nights. I want you to come live with me in the palace and be my advisor. Please teach me how to live like that–one day at a time.”

Then, in front of everyone, the two of them danced and sang: “Bai-yum-dum, bai-yum-bai, yum-bai, bai….”