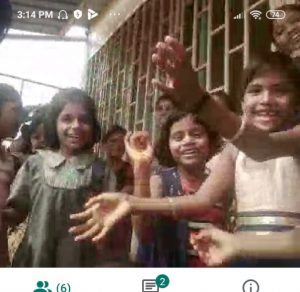 The children at an NGO in Shel Pimpalgaon (Maharashtra) howled like wolves as storyteller Ajay Dasgupta beckoned them, from Bangalore to join in the Indigo Jackal’s howling. The Google meet screen came alive with characters and role plays at The Kahani Project and Door Step School’s storytelling sessions over the past two weeks. 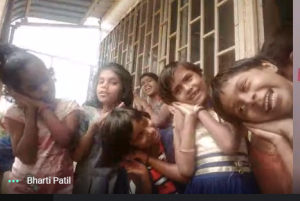 Starting with the cheerful jingle of “Suno kahani, suno kahani…” the kids slowly knelt closer to the screen as they immersed into the fictitious world created by the storyteller. The hour-long session of stories and interaction ended with a poem enactment. The kids mimicking Ajay’s dance energetically jumped on the other side of the screen. When the session ended and everyone was asked if they liked the stories, the children roared a “haaan” and a teacher chimed in saying “Isme to hume bhi mazaa aaya (Even we enjoyed the session)!” Apart from the storytelling exercise being a fun-filled session for everyone involved, the session on 17th June also brought together a pair of siblings separated due to their parents’ poor financial conditions. Living in different hostels, in different cities, the brother-sister came together for the storytelling session and rejoiced in the session from the front row, sitting next to each other. We are always grateful to be the means of such unadulterated happiness. 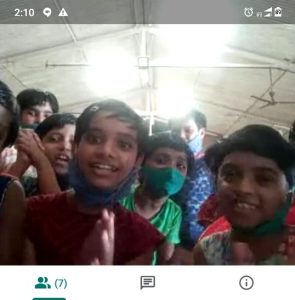 The NGO at Shel Pimpalgao works for providing food, shelter and education to children whose parents are financially incapable of doing so. Another such NGO is the Mother Teresa NGO at Chimbali (Maharashtra) which houses girls who are orphaned or whose parents are economically poor. The storytelling session on 20th June with the Mother Teresa NGO at Chimbali, was an equally fun, interactive session. It started with a story about ghosts and ended with everyone dancing to a poem about the journey of a delicious pakodi from its making to the children’s tummies and another poem about a long-bearded old man making kheer. Ajay signed off by giving the girls good advice of never forgetting to have lots of fun! 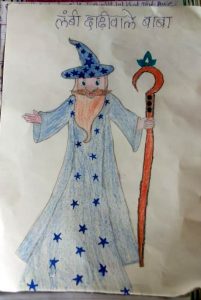 The Kahani Project’s aim to make sure that no child grows without a rich repository of myriad stories comes a little closer with Door Step School’s initiative to facilitate weekly storytelling sessions with kids of different NGOs. Based in Pune, the Door Step School NGO furthers the cause of bringing education to a child’s ‘doorstep’ in the most innovative and thoughtful ways. With ‘Networking and Nurturing’, a project under the wings of Door Step School, the storytellers of The Kahani Project become the vehicle that takes the children to a world of fairies, kings, and ghosts, making learning fun!

The drawing is of the long-bearded old man, done by a student of Mother Teresa NGO.