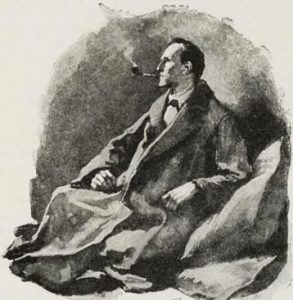 So in the 1980s, ex-IIT-ians of the Dramatech theatre club put together a Hindi adaptation of Sherlock Holmes’ last book, The Valley of Fear. Ravi Raj Sagar directed Dost Ya Dushman? and recreated the story in an Indian context. The names changed and so did the locations, but the spirit of the story remained the same.

Find out who murdered Suman Anand, the wealthy man of Sonapur in the dead of the night. The cold-blooded killer had the nerve to shoot Mr. Anand from point-blank range. Why would anyone do that?

Join Inspector Sherman and Dr. William Jones on their quest to reveal the identity of the murderer in Dost Ya Dushman?