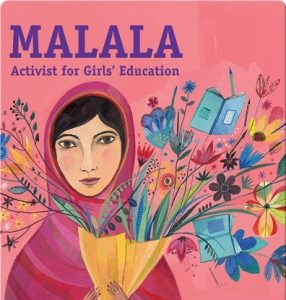 Malala Yousafzai, the youngest ever recipient of the Nobel Prize, is an advocate for girl’s education. In 2012, as the influence of extremist group Taliban had increased in the region; access to education for girls was very difficult. However Malala’s father Ziauddin Yousafzai believed in the right to education and thus constructed a school for girls. Malala also campaigned for the same and became the face of equal education movement for all children in her region. At the age of 15, she was shot by extremist group Taliban’s gunmen while she was in a bus. Her relentless efforts towards providing education to all since a child, till today, have made her an icon.

Listen to this short children’s story about Malala.