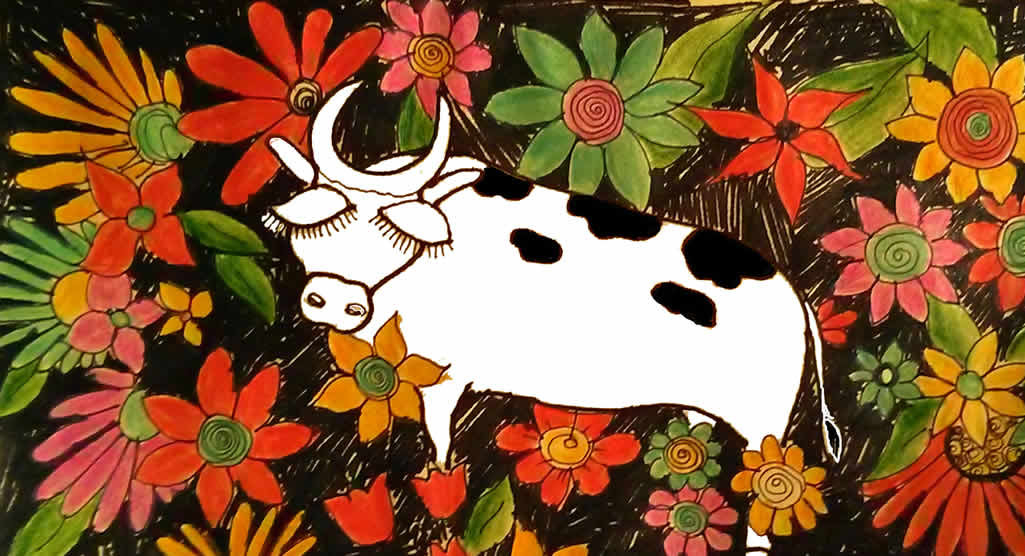 FFerdinand would rather smell flowers than fight in bullfights. He sits in the middle of the bull ring failing to take heed of any of the provocations of the matador and others to fight.

The Story of Ferdinand (1936) is the best known work written by American author Munro Leaf and illustrated by Robert Lawson. The children’s book tells the story of a bull who would rather smell flowers than fight in bullfights. He sits in the middle of the bull ring failing to take heed of any of the provocations of the matador and others to fight. The book was released nine months before the outbreak of the Spanish Civil War, but was still seen by many supporters of Francisco Franco as a pacifist book.

Once upon a time in Spain there was a little bull and his name was Ferdinand. All the other little bulls he lived with would run and jump and butt their heads together, but not Ferdinand. He liked to sit just quietly and smell the flowers. He had a favorite spot out in the pasture under a cork tree. It was his favourite tree and he would sit in its shade all day and smell the flowers.
Sometimes his mother, who was a cow, would worry about him. She was afraid he would be lonesome all by himself. “Why don’t you run and play with the other little bulls and skip and butt your head?” she would say. But Ferdinand would shake his head. “I like it better here where I can sit just quietly and smell the flowers.” His mother saw that he was not lonesome, and because she was an understanding mother, even though she was a cow, she let him just sit there and be happy.
As the years went by Ferdinand grew and grew until he was very big and strong. All the other bulls who had grown up with him in the same pasture would fight each other all day. They would butt each other and stick each other with their horns. What they wanted most of all was to be picked to fight at the bull fights in Madrid. But not Ferdinand–he still liked to sit just quietly under the cork tree and smell the flowers.
One day five men came in very funny hats to pick the biggest, fastest roughest bull to fight in the bull fights in Madrid. All the other bulls ran around snorting and butting, leaping and jumping so the men would think that they were very very strong and fierce and pick them. Ferdinand knew that they wouldn’t pick him and he didn’t care.
So he went out to his favourite cork tree to sit down. He didn’t look where he was sitting and instead of sitting on the nice cool grass in the shade he sat on a bumble bee. Well, if you were a bumble bee and a bull sat on you what would you do? You would sting him. And that is just what this bee did to Ferdinand. Wow! Did it hurt! Ferdinand jumped up with a snort. he ran around puffing and snorting, butting and pawing the ground as if he were crazy.
The five men saw him and they all shouted with joy. here was the largest and fiercest bull of all. Just the one for the bull fights in Madrid! So they took him away for the bullfight day in a cart.
What a day it was! Flags were flying, bands were playing…and all the lovely ladies had flowers in their hair. They had a parade into the bull ring. First came the Banderilleros with long sharp pins with ribbins on them to stick in the bull and make him mad. Next came the Picadors who rode skinny horses and they had long spears to stick in the bull and make him madder. Then came the Matador, the proudest of all–he thought he was very handsome, and bowed to the ladies. He had a red cape and a sword and was supposed to stick the bull last of all. Then came the bull, and you know who that was don’t you? –FERDINAND.
They called him Ferdinand the Fierce and all of the Banderilleros were afraid of him and the Picadores were afraid of him and the Matador was scared stiff. Ferdinand ran to the middle of the ring and everyone shouted and clapped because they thought he was going to fight fiercely and butt and snort and stick his horns around. But not Ferdinand. When he got to the middle of the ring he saw the flowers in all the lovely ladies’ hair and he just sat down quietly and smelled.
He wouldn’t fight and be fierce no matter what they did. He just sat and smelled. And the Banderilleros were mad and the Picadores were madder and the Matador was so mad he cried because he couldn’t show off with his cape and sword. So they had to take Ferdinand home.
And for all I know he is sitting there still, under his favourite cork tree, smelling the flowers just quietly.
He is very happy.